Cromarty Care Project ( CCP) gained Charitable status in June 2015 with our first two clients taken
on for home care in February 2016. Since then the project has grown in that we now have 15 clients
with a further two likely to be taken on shortly. CCP now provide 164 hours of care a week.There are
15 staff some of which operate as a back up to the regular staff. In total we have cared for 18 clients
since our inception. At the last AGM it was recorded in my report that we were caring for 8 clients
and so in 12 months we have almost doubled that number.

I am very grateful to the Home Care staff who work day in day out and to our coordinator,Maria
Barnes. In August 2016 Gillian Newman was appointed as our first CCP coordinator. Prior to her
appointment Highland Home Care had been providing oversight of our carers. Gillian was taken on
to work 10 hours a week but it soon became evident that this was inadequate for the role. On call
was also a significant issue. After negotiations with HHC the coordinators hours were increased to 15
by November. The trustees agreed that £10 a day for weekend on call would be paid from CCP
funds.
Due to family commitments Gillian resigned and during January 2017 Maria Barnes was
appointed as our coordinator. Maria has a lot of experience in Home Care and has risen to the
challenge admirably. She feeds back to the trustees each month at board meeting but also reports to
myself, as Chair, if needed. Maria holds regular group staff meetings as well as carrying out
individual staff reviews. She reports back about missed calls,of which, there have been very few.

I have had continued concern about the coordinator’s role and the need to make it more
sustainable.To this end I negotiated with NHS social work and with HHC to get approval that Maria’s
hours could be increased to 22 hours/week. This has meant that the administration levy which is
taken from clients’ SDS money has been increased from 15 to 20%. All clients were informed of this.
Our prime concern is that care is given in a professional manner and that errors, such as missed calls,
are kept to a minimum. However, we are keen to expand what CCP can offer and to that end we
have held a tea party in June for clients which was a great afternoon with far too many cakes. The
clients were able to go home armed with doggy bags! We intend to hold another tea party on
September 18 th . We want to be able to offer voluntary help to clients – for example if they need a lift
to the hospital. Within the community a rota was able to be organised for 6 weeks to take a client to
hospital to visit her husband and for the first few weeks meals were also provided. We need to look
at how this can work more widely across Cromarty;this was not a formal CCP arrangement although
it was instigated by myself.

Community Resilience – at our last AGM the name was chosen for the Shed which houses the
equipment at the Victoria Hall – the generator and LPG cooker. I am pleased to say that this project
is now complete – the community councillors have been trained to use the equipment and an
emergency plan for Cromarty is in place which has been handed over to the Community council.
A big thank you to Nigel Shapcott for coordinating the building of the shed and purchase of
equipment, also to the Victoria Hall committee for their willingness to participate in the project and
finally to Duncan Bowers for drawing up the emergency plan and for helping with the required
training.
Cromarty is now ready for a power cut. An article with photos was put in Chatterbox magazine and a
report sent to SSE who gave £ 9000 towards the project.

Unfortunately this project has not come to fruition - not however, for the want of trying on Nigel’s
part. The aim was that residents of Cromarty would be able to come to a room at the Hugh Miller
Institute and have Skype interviews with CAB staff. Despite computer hiccups being sorted out there
appears to have been changes at CAB and so this has not gone forward sadly. The town had been
leafleted about this facility.

Earlier in the year we became aware that the existing GPs were going to leave the practice on June
30 th 2017 and that the practice would be put into the hands of the Health Board. We as a charity
providing care in the community were very concerned about this, so in early April when a young
male GP approached us wanting to put in a bid for the surgery but needed community involvement,
we jumped at it. He did not want to purchase the building and admitted that he may only stay for 3
– 5 years but even so we were willing to work with him. We managed to find a possible buyer for the
building and worked very hard to produce a statement of support. Meetings were attended with the
GP at the Health Board and also with our Community Council leader Jacquie Ross, who was both
interested and supportive. We worked hard on this venture for a month, only for the GP to suddenly
pull out. We were taken aback by this turn of events but contacted the Health Board to express our
continued concern about the situation and our willingness to work with them to find a solution. We
will work with whoever takes over the surgery to build up good relationships that will benefit all.

Thank you to all who have been involved with fund raising and grant applications.
A Quiz night was held in the Cromarty Arms in November 2016 – great questions provided by Jim
and Nigel made an excellent quiz master.

Corrie Jeffrey gave us a cheque for over £1000 which she had raised from a sponsored walk – a big
thank you to her.

Ginny Hourston worked extremely hard putting on an excellent plant stall at the recent open
gardens event in Cromarty and was able to donate about £800. Thank you and to Corrie too for
organising the open gardens event.

Anne Short applied to the Craigie Urquhart trust for funds for uniforms and was successful in her
application.

The Dog Show – what an event ! In July during Gala week, Moira Grigor, organised a dog show which
was well received and great deal of fun, It also helped to raise our profile.

There is another quiz night planned for November 2017.

Meeting with Other Groups

We have met with Black Isle Cares and would like to continue to work closely with them in the
future. I am thankful for the advice they have shared over the past year and for their supportive
attitude.

Helen Robinson has been active at attending various meetings throughout the year linked with
caring projects , senior citizens networks and health issues. Thank you Helen for keeping us in the
loop and raising our profile in a wider setting.

I am very grateful to each of you for your wisdom and support this year and for your willingness to
roll up your sleeves and help at various events and especially to Jim our treasurer. You have kept us
right and managed to provide our first report to OSCR in a timely and correct fashion.
Ginny Hourston joined us this year – thank you. The trustees meet on the second Monday of each
month. We are all grateful that Meg Shaw attends most months in an advisory capacity and we hope
that she will continue doing this.

There are a number of pressing issues for us to tackle –
1. Office Space for the coordinator
2. Contracts for all the staff
3. Back up for the coordinator – training of a member of the care staff in order that they can
organise a rota and other tasks of the coordinator.
4. Increasing number of clients – we need to continue recruiting staff especially for the bank.
5. Work more closely with NHS social work to speed up the assessment process.
6. Monitor figures for delayed discharges – Helen Charley has already got a contact at the
hospital looking at this for us.
7. Organising more events for the clients – such as afternoon teas.
8. Volunteers – how can we use volunteers effectively without making the process too official
and regimented ? 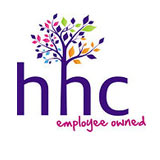 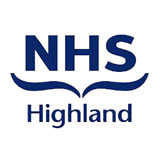 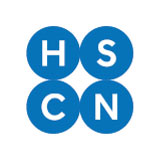